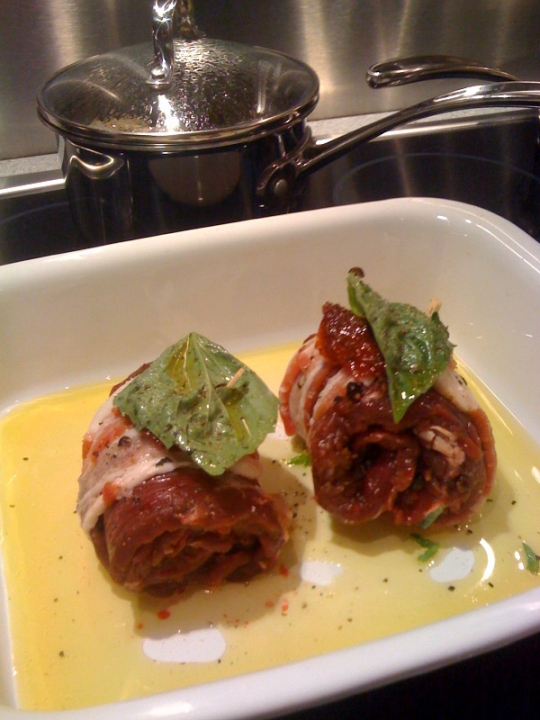 Venison is one of those tricky meats. The outcome depends on how well it is cared for in the field, how carefully the deer is butchered and the finesse that goes into cooking it.

I’ve eaten a lot of nondescript venison, as well as some spectacular venison salami. Hunters, it seems, often stew the meat or cover its flavor with some overly bland sauce.

But venison also can be exquisite — I mean as good as any fillet — and rightfully could be called the other red meat — but without the health issues associated with beef.

One of the best venison meals I have had turned out to be fresh road kill. An old friend came by a deer he saw get hit. The deer ended up hanging in his Heritage Hill garage in Grand Rapids, where he butchered it with great care.

And dinner that night — wow — it remains one of the finest venison entrees I have had: wonderfully cooked medium rare back strap slices, with a fine, wild mushroom and red wine sauce complemented with an excellent bottle of Cabernet. That venison meal scores up with best meals I’ve had.

“The No. 1 rule is not to overcook venison,” said Eric Villegas, owner of Michigan Venison in Traverse City. “It is a lean and healthy meat. You have to cook it more accurately. It needs to be served medium rare or rare. Then, you find out how delicious it is.”

Villegas is in the business of turning people on to venison. His 2-year-old company sells it over the counter and by mail order, shipped to your door. 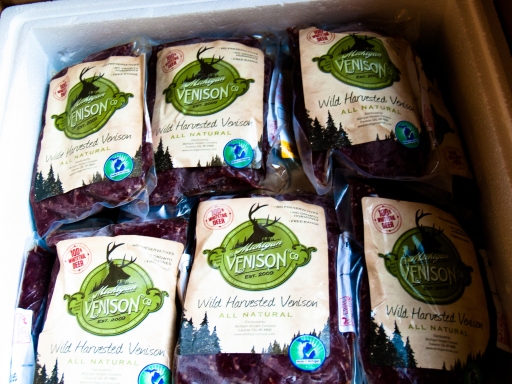 He hopes to see it become mainstream table fare with foodies who buy local, professional chefs who want to spice up a menu, and even with hunters who go home empty-handed.

His business is licensed by the Michigan Department of Agriculture. His venison supply comes from hunting ranches and breeders who are culling herds. The meat is aged for four to six days and is sold as a variety of cuts or as ground venison.

“A lot of people don’t know how to cook venison,” Villegas said, offering up some other ideas.

Tip two, he said, is take it off the heat and let it rest under aluminum foil for five minutes to keep from overcooking it.

Tip three is to sear it on high heat for less than a minute to seal the edges and keep it juicy, then lower the heat.

“Venison takes more attention. You can’t just throw it on the grill and walk away and socialize,” Villegas said. “We recommend the feel or touch test — which is more of an art. It should be spongy. If it gets too dense or rubbery, it is overcooked.”

Villegas has heard the common refrain that venison tastes gamey. He concedes it is a wild animal “with a different flavor profile” from beef and a “more robust taste.”

“You can hide the gaminess or let it come out,” he said. “To hide that flavor, soak it in vinegar or marinade. Or (to embrace it), you can cook it with complementary flavors like blueberry sauce, or with morel mushroom sauce (it) is fabulous.”

Business at Michigan Venison has been growing steadily, Villegas said. So much so he is developing a line of complementary spices and classes.

“Foodies have by far been our main contact,” Villegas said. “They are non-hunters, and we’re happy about that. These are people who are buying it to cook at home and to try it.”

Villegas grew up in Richland and moved to Traverse City five years ago. He comes from a hunting family and hunts himself. Venison has been part of his upbringing; likewise, for Kate Lane, a friend who works on his staff.

“We see venison as a healthy, local food and saw the opportunity to make it more mainstream and less intimidating for the home chef and could provide a reliable supply of it,” he said.

“We started the company based on our passion for whitetail deer. We are more hunter than chef, but see our business as providing whitetail to amateur chefs.”

Maybe you didn’t get your deer this season. Or maybe you’ve wanted to try venison but don’t hunt. Michigan Venison might be the answer. Its website, michiganvenison.com, highlights a delicious-looking cut of venison on the grill, the prospect of entertaining friends with venison bratwurst with jalapeno and cheddar. Be sure to check out the video on how to cook what he calls his “venison squealer” or how prepare his Michigan whitetail venison lettuce wrap.

All of it looks, well, yummy.