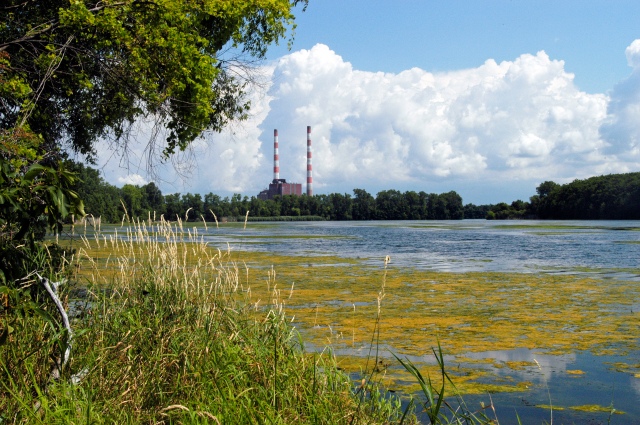 More than 300 migratory bird species stop over at the refuge on the Detroit River. Photo: Howard Meyerson

Toiling daily in the urban industrial zone adjacent to the Detroit River, John Hartig’s work is never finished. There are wetlands to restore and invasive plants to control, remnant pollution issues to resolve, and fish and bird species to protect.

Hartig helped create a federal conservation program in Detroit to protect important habitat in its urban core. He manages the Detroit River International Wildlife Refuge, a joint-venture with Canada established by the U.S. Congress in 2001. It is the only international wildlife refuge in North America.

“The Detroit River was one of the most polluted rivers in the U.S. back in the 1960s and ’70s,” notes Hartig, author of “Bringing Conservation to Cities,” published in 2014 by Ecovision World Monograph Series. “Most (people) thought of it as a working river that supported commerce and transportation. We thought if we could give it this designation that we could do something special for it.”

Developing the wildlife refuge program was no small job.

The Detroit River International Wildlife Refuge encompasses 5, 834 acres of islands, coastal marshes and waterfront parks spread out along 48 miles of river in Michigan and Canada. It is jointly managed by the U.S. Fish & Wildlife Service and Canadian Wildlife Service and is part of the U.S. National Wildlife Refuge System that protects 150 million acres of land and water across the nation.

Tens of thousands visit annually, according to Hartig. They include school groups and those who enjoy nature and outdoor recreation, whether that means walking the trails or paddling and fishing its waters, or hunting waterfowl and watching birds.

More than 300 migratory bird species stop at the refuge annually, including 300,000 diving ducks and 23 hawk species, according to Hartig. The river sits at the intersection of two major flyways, the migratory path that birds follow each spring and fall.

Millions of walleyes also migrate upriver each spring to spawn. The river is home for 113 fish species including Great Lakes sturgeon.

includes parks, conservation areas and game areas owned by Michigan and Canadian natural resource agencies. Together, they cooperatively manage 18,500 acres of habitat in a metropolitan area with millions of people.

“This (refuge) is recognized internationally as a good birding site,” notes Greg Norwood, the refuge biologist. “Our purpose here is to protect what remains, the natural areas that are out there, and where appropriate do something to restore lands. The third thing is making sure people understand and appreciate these (natural) resources in urban areas.”

Hartig is passionate about the latter. His book is dedicated to the cause. It is an account of how “innovative public/private partnerships are making nature part of everyday urban life in the automotive capitals of the U.S. and Canada …,”writes the monograph series editor, Mohiuddin Munawar.

“It’s critically important that a high priority be placed on reconnecting urban residents with nature,” Hartig elaborates. “Detroit is 314 years old. We’ve lost our connection with the river and land and we are trying to reconnect people to it so they see how cool it is. We’re creating a new waterfront porch for people where they can see wildlife — a unique place that can inspire and help develop the next generation of conservationists.”

Public open houses and other events are offered throughout the year at the refuge. Walk-in traffic is limited at this time, but a 12,000 square-foot LEED-certified (Leadership in Energy and Design) visitor center is expected to open in 2017.

This column appears in the spring issue of Michigan BLUE Magazine.