Grand Rapids, Mich ­- U.S. farmers have been advised that the 2016 Conservation Reserve Program general sign-up that ended February 26 will be extremely competitive this time around. Congress capped the program at 24 million acres when it passed the 2014 Farm Bill, shrinking the program from 32 million acres previously. Each application will be ranked by its environmental benefits and compared to others across the country, according to federal officials.

“There’s a lot of interest (in the sign-up) due, in part, to softening of commodity prices around the country,” said Val Dolcini, CRP administrator for USDA’s Farm Service Agency in Washington D.C. “Some say they want to get their acreage back into the program.Even though the rental rates are fairly modest, they are better than low commodity prices. But the competition will be (stiffer) than it has been the last few years. There is more interest than land available (due to the farm bill quota).”

CRP was created in the 1985 farm bill, but it’s concept – paying farmers to conserve land – dates back to 1950’s and the federal Soil Bank program. CRP has been expanded over the years to provide protection for land and waters in agricultural areas. It offers financial incentives to farmers who agree to protect erodible croplands, wetlands and other environmentally sensitive acreage,  by ending crop production and planting seasonal grasses, buffer strips and trees to maintain soils and/or provide food and cover for wildlife and pollinators.

Farmers participate for 10 to 15 years and are compensated depending on location and soil quality. Michigan farmers were paid an average of 112.22 per acre in 2015, according to the FSA. 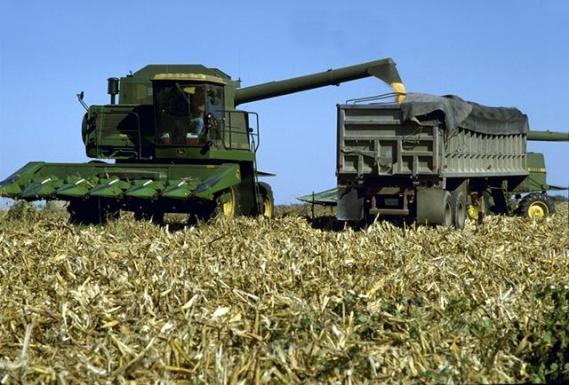 CRP was initially authorized to enroll up to 45 million acres under the 1985 Farm Bill. Though the quota was never reached, the program peaked in 2007 with 36.8 million acres nationwide, according to a Congressional Research Service report.

CRP acreage declined as commodity prices for corn and beans rose and many farmers turned again to crop production. The 2008 Farm Bill capped the CRP program at 32 million acres. It was reduced again in 2014 when that Farm Bill capped it at 24 million acres and imposed a mandate to achieve that by Fiscal Year 2018, in turn saving the federal government $3.3 billion over 10 years.

A total of 23.6 million acres was enrolled nationwide as of January 2016, according to FSA reports. Final numbers are expected by the end of the 2016 fiscal year, once environmental rankings are completed and ongoing renewals are tallied. Approximately 1.6 million acres now enrolled are expected to expire by September 30, 2016.

“Michigan’s journey is parallel to other states and the national program,” said Dale Allen, Conservation Chief for the state of Michigan with the USDA Farm Service Agency office in East Lansing. “Commodity prices are always a factor. We had high (enrollment) in 2007 and 2009. Commodity prices peaked in 2013. Those prices are down (now).The numbers were fairly steady until 2009. Then commodity prices went up and by 2013 we were seeing a drop in interest. Now that is changing.”

Michigan has 6,670 Michigan farms enrolled in CRP, a total of 153, 971 acres, according to a December 2015 FSA status report. The state’s enrollment peaked in Fiscal Year 2007 with 276,154 acres enrolled.  Those numbers have dropped almost steadily since. The now lower enrollment cap is likely to impact Michigan farmers this time around, according to Allen. Fewer Michigan offers (for lands in the program) are likely to be accepted.

“We all have to live with the cap,” Allen said. “In Michigan and nationwide this will be a very competitive general sign up. Consequently we are finding great interest in the continuing opportunity.”

After more than 30 years in the outdoor writing business, you would think I'd know better.
View all posts by Howard Meyerson →
This entry was posted in Uncategorized and tagged Conservation, Conservation Reserve Program, Environment, Farming, Hunting, Pheasants, U.S. Department of Agriculture. Bookmark the permalink.