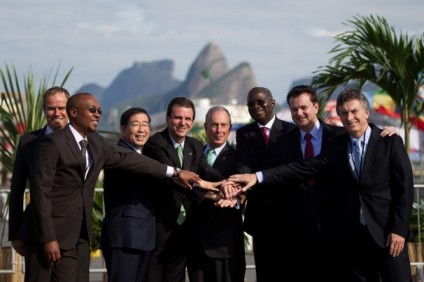 We hear a lot in Michigan about how environmental quality has improved over the past few decades. And, no doubt, there have been improvements. We no longer read stories about tragedies like Love Canal or lakes and rivers catching fire because of the pollution.

On the other hand, that truth is sometimes tossed out as part of a rationale for loosening environmental regulations to benefit business and industry. This is typically a conservative position. Anything and everything goes if it gets in the way of business.

A poll reported today in the Washington Post  finds that two times as many Americans believe the environment will get worse over the next decade than think it will get better.

The story went on to say that some big corporations are pledging to do better.

“Coca-Cola pledged to develop plans to protect the water sources for its 200 bottling plants worldwide, while Dow Chemical said it will assess the economic value it gets from the ecosystems connected to its new bioplastics plant in Brazil.”

Is this real good – or window dressing?  Will it be better or worse?

After more than 30 years in the outdoor writing business, you would think I'd know better.
View all posts by Howard Meyerson →
This entry was posted in Uncategorized and tagged Environment. Bookmark the permalink.