Canoeing and painting are the backbone of Rob Mullen’s life. The West Bolton, Vermont expedition artist and executive director of  the Wilderness River Expedition Art Fellowship, a non-profit he founded to encourage artists to immerse themselves in wild, natural terrain, is looking for a little help funding a return expedition to Alaska in August.

The 350 mile trip planned down the Kobuk River with other artists will be the last leg of a three-year, 900 mile circumnavigation of the western Brooks Range by canoe. Mullen 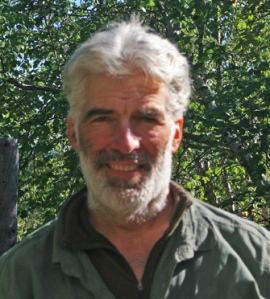 launched a Kickstarter Campaign hoping to secure additional funding for the endeavor. It is his 16th art expedition highlighting Boreal Forests.

Mullen, who began drawing as a child, left a career as a Manhattan ad artist and returned to his native Vermont after a having a change of heart about life in the big city. He decided to pursue a course that allowed him to combine his love of adventure, painting, and conservation.

To learn more about Mullen, who plans to celebrate his 59th birthday in Alaska, see Paint n’ Paddle Studio.