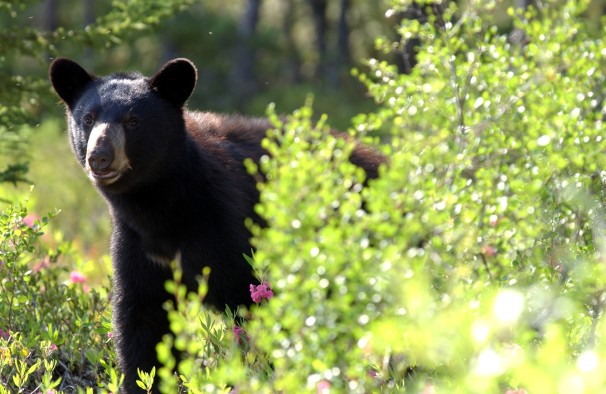 One mark of a savvy back country camper is how they come prepared for bear country. For instance, do they take precaution and keep food or snacks out of tents, or come equipped with throw-lines to hang food bags at night, or carry in a bear-proof canister for storing food.

All of those practices make a difference. They keep bears from becoming habituated to human food. They also reduce the likelihood of bears associating campers with an easy meal.

Unfortunately, that hasn’t been the case on Grand Island National Recreation Area in Lake Superior, near Munising where tourists or campers have been feeding bears.

Camping on the island had to be suspended for several days last week because of escalating problem encounters between campers and bears. The end result was that eight black bears were trapped and removed last weekend and Michigan Department of Natural Resources (DNR) wildlife staff said more might need to go.

“We closed the island to camping temporarily,” said Janel Crooks, the acting ranger for the forest’s Munising Ranger District which manages Grand Island.

“We had reports from folks that a bear had ripped their tent and we also heard of bear coming up to them during the day. No one was attacked, but we acted on the side of caution. It’s still safe to ride bikes there and hike or take the bus tour, but visitors do have a role to play in not training the bears to have bad habits.”

Camping was reopened August 19, 2014 on the island. It is a popular tourist destination. The U.S. Forest Service purchased it from Cleveland Cliffs Iron Co., in 1990 and Congress then designated it a National Recreation Area. Its dramatic shoreline, forests and beaches draw visitors who come by ferry to hike or ride bikes or backpack and camp. Others come by kayak to camp and tour the island’s 35-mile shoreline. Each designated campsite has a pole or box where campers can hang or store food safely.

Crooks estimated that 12 to 20 black bears lived on the island, which is eight miles long at its widest. That’s a good number for an island that size. But problems aren’t a given if visitors practice good bear country manners.

“It’s an old saying, but ‘a fed bear is a dead bear,’ said Brian Roell, the Michigan Department of Natural Resources wildlife biologist who coordinated the bear trapping effort. All of the bear, he explained, were captured at island campsites and released in remote areas on the mainland.

“We will see if this helps. Moving this many bears is kind of disturbing,” Roell said. “We (expect to) hear of one here and there getting into garbage, but these bears were approaching people at close distances. They had to get a reward for them to do that.

“What I do know is this is a long-standing problem that didn’t happen overnight. These bears were extremely habituated. People are not doing wildlife any service when they provide them with food. Kayakers reported that a bear ripped into their tent and then we had one that broke into a home on the island. I’ve heard of a YouTube video of hand feeding bears cookies on the island. This has come down being a human problem.”

Three campers also lost daypacks to bears. For one of them that meant losing a wallet and phone. Others reported bears that wouldn’t leave a campsite.

Hazing techniques were initially tried, according to Crooks. It seemed to work for a day or two, and then things got worse.

“We thought it might pass over and then we had several more incidents,” Crooks said. “I heard of one couple sitting on a beach that heard something and turned around there was bear right there.

“We are telling day users they need to keep their daypacks with them and not to encourage the bears to come closer. We have had people say ‘we want to get close and take a picture.’ We want them, instead, to respect the bear. It’s a wild animal and they have a part in ensuring it stays wild.”

The last time bears were a problem on Grand Island was 2002, according to Roell. One had to be killed. It had become aggressive. The cause back then was the same as now.
The camping season is far from over. Be careful if you plan to camp in bear country.

Their life – and yours – could depend on it.