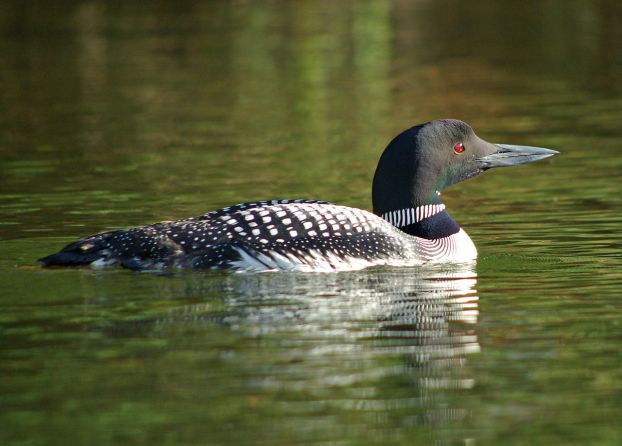 Joe Kaplan didn’t have to look far to find dead birds in 2007. Thousands had washed up on the northern Lake Michigan shoreline, from Sleeping Bear Dunes north across the Upper Peninsula. Carcasses littered the light-colored sands. It was a big year for avian mortality due to botulism, a potent toxin that causes paralysis and death.

“We wouldn’t know about these botulism outbreaks if it weren’t for birds washing up on the shore,” said Kaplan, a Michigan Audubon field representative and co-founder of Common Coast Research and Conservation, a Hancock-based nonprofit that studies Common Loons and helps in the cooperative effort to tally dead birds.

A lesser outbreak occurred in 2006, an incident that signaled significant change: botulism had not been seen on Lake Michigan since the 1980s, though outbreaks had occurred on Lakes Erie, Ontario, and Huron. The toxin has surfaced annually on Lake Michigan since then to greater or lesser extents. And scientists with the U.S. Department of Interior are now diligently working to locate the source and identify the chain of events that kills off birds by the thousands.

The 2007 toll was high. Staff and volunteers at Sleeping Bear discovered 1,135 dead birds along the park’s shoreline; there were 63 Common Loons. The lake-wide toll was 4,158 birds. Five years later, in 2012, the death toll was even higher. Beach monitors around Lake Michigan reported 4,386 dead birds, according to National Park Service regional staff in Ashland Wisconsin. At Sleeping Bear that year, 580 dead loons were collected.

“That was awful. It was devastating,” laments Sue Jennings, a wildlife biologist for the 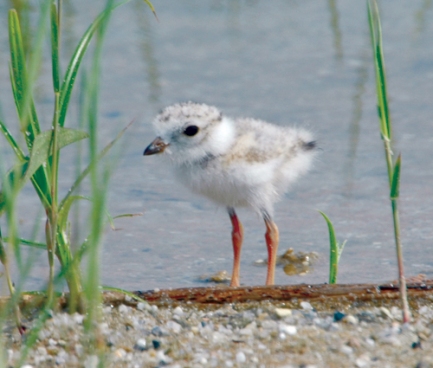 national lakeshore. “We have 64 breeding pair of (endangered) Piping Plovers here. We provide nesting habitat for one-third of the entire population. So far, we know six chicks or adults have succumbed to botulism. It may be as high as eight. That’s a huge concern.”

Infected birds that die and wash up on a beach present a danger to other birds and animals that may feed upon their carcasses. National lakeshore volunteers that monitor beaches and collect carcasses wear protective clothing and gloves when handling them.

Common Coast reported finding 865 dead birds in 2012; all were found along a seven mile stretch of Upper Peninsula beach. They were all waterbirds, Kaplan said. Loons were hit hardest, but the finds included mixed grebe, scoter, and merganser species along with long-tailed ducks, ring-billed gulls, and double-crested cormorants.

“We don’t know how many just sank to the bottom and will be part of the fossil bed 600 million years from now,” Kaplan mused. “But it’s surreal being out there. You don’t have to look for them—you’re going from carcass to carcass. It’s obvious something is really wrong.”

Scientists are looking for the common thread. Finding out what is wrong has become a matter of scientific inquiry. Researchers with the U.S. Fish and Wildlife Service, U.S. Geological Service, and National Park Service all see a pattern: outbreaks are more severe when lake levels are low and water temperatures are high. Both occurred on Lake Michigan in 2012, an unusually warm spring and summer that followed record low lake levels in January.

Scientists think they know the answer, but the evidence to support it has been hard to come by. Researchers theorize that botulism moves up through the food chain.

INVASIVE MUSSELS MAY HAVE A ROLE

Zebra and quagga mussel colonies that live on the lake bottom filter water, making it clearer. That in turn allows light to penetrate deeper, which fosters cladophora algae growth. This growth is accelerated by the phosphorus-rich excrement of mussel colonies.

Botulism requires low oxygen conditions to form, which are the conditions that occur late in summer when waters warm and algae mats decay. Tests of the lake bottom near Sleeping Bear confirm that botulism is widely present, but goby diet studies have been inconclusive, and most mussels tested for botulism did not have it.

“The answer is more complicated than eating mussels, but we think gobies are a critical factor in moving it from the environment to the bird,” explains Brenda Moraska Lafrancois, the regional aquatic ecologist at the National Park Service office in Ashland, Wisconsin. “They are getting it in their food. They eat other invertebrates, fresh water shrimp, midges, and more. Those are all tangled up in the cladophora.” 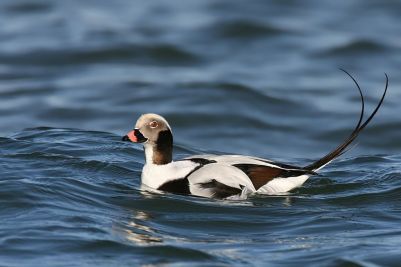 Long-tailed Ducks are among the other species that are affected. Photo: Wikimedia Commons.

[that creates botulism] in the mussel. If you take the whole, including what is on the shell, we do find it sometimes. We’ve looked at 800 to 1,000 samples, and analyzed them for the toxin gene, but it’s been difficult to find a pattern,” says Lafrancois. “Our search for the bacterium has been more of a treasure hunt. It’s hard to pinpoint where things are happening.”

Stephen Riley, a fish research biologist with the U.S. Geological Survey, said studies are ongoing. Researchers continue to sample the lake bottom sediment near Sleeping Bear, along with rotting algae and mussel-bed detritus, hoping to uncover clear exposure routes. But the verdict is still out.

“We thought it would be more common in rotting cladophor—that it would be a good hotspot—but so far it’s not there,” Riley said. “We need more data. We haven’t found exactly where it is being produced and what makes it suitable to grow. The problem is that this problem is really complicated.”

Water levels on Lake Michigan this year are expected to be higher than 2013, according to U.S. Army Corps of Engineers. Water temperatures are also expected to be cooler due to the deep winter snowpack and cooler seasonal temperatures. Kaplan and others say those conditions are likely to result in a smaller botulism outbreak this year, if there’s one at all. But Jennings, at Sleeping Bear Dunes, said volunteer beach monitors will be combing the lakeshore sands looking for any of its devastating results.

This appears in the July/August Jack Pine Warbler, magazine of  Michigan Audubon.

2 Responses to Avian Botulism Takes its Toll: Scientists Continue to Look for Clues