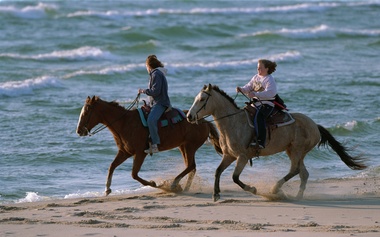 Six rustic campgrounds that were closed in 2009 due to budget constraints are to be reopened. Four of them will be re-configured to provide additional camping opportunities for equestrians.That recommendation is being taken up March 13 by the Natural Resources Commission.

The start of spring is still 10 days out and deep snows in the north country could well mean a slow start for Michigan’s camping season, but state officials are moving forward this week to expand Michigan’s State Forest Campground program.

Six rustic campgrounds that were closed in 2009 due to budget constraints are to be reopened. That recommendation is being taken up March 13 by the Natural Resources Commission. The commissioners first got a look at the proposal at their February meeting. Members of the Michigan State Park Advisory Committee who were also meeting that day passed a resolution supporting the move.

“All of these (campgrounds) have been asked for by the public,” said Anna Sylvester, the Michigan DNR’s northern Michigan field operations section chief for Parks and Recreation division. “They are being incorporated into routes that our staff travels so they can get to them several times a week.”

Four of the six rustic campgrounds will be re-configured to provide additional camping opportunities for equestrians. One is the Lower Peninsula. Three are in the Upper Peninsula. Various riding groups have asked for more camping and trail opportunities on state lands in recent years.

The addition of equestrian campgrounds is just one of many things called for over the next several years in the DNR’s 2013 Comprehensive Trails Plan. It lays out objectives and planned actions that will affect most of the trail use groups in the state including those who are interested in water trails. Details can be found on the DNR website.

“It’s a big step forward,” Sylvester said. “We are working with the equine subcommittee (of The Michigan Snowmobile and Trail Advisory Committee) on providing more opportunities for equestrians and this is what they have been asking for.

The state forest campgrounds that are reopening and will accessible for equine use are: Big Oaks in Montmorency County, Headquarters Lake in Luce County north of Newberry, Cedar River in Menominee County and Little Brevort North in Mackinac County.

“There is good potential for a trail system in the Big Oaks area. Equestrians will be able to camp there and do a couple of days riding from their base,” Sylvester said, adding that choice of U.P campgrounds was made with a long-term vision to creating an Upper Peninsula riding trail across the U.P. to Wisconsin, much like the Shore to Shore Trail in the Lower Peninsula.

The Headquarters Lake site will provide additional camping for riders and access to the Newberry Trail system. Little Brevort North will do the same and also become a trailhead.

The paddling and/or fishing community is also expected to benefit when The Forks State Forest Campground on the Boardman River is reopened this spring. Its location is an ideal put-in spot for paddlers.

“A local paddling club has wanted that open for a while,” Sylvester said. “It was very popular with paddlers and anglers.

“Having it open will make that segment of river more of a water trail. I think we are going to make a lot of people happy opening that.”

The Forks is located on the Upper Boardman River, a stretch designated as a state Wild-Scenic Natural River. It was formerly was used as a canoe launch site for those who would paddle downstream either to Scheck’s State Forest Campground, or further downstream to the Brown Bridge Dam, a three to four-hour trip.

Brown Bridge Dam was removed last year and state, federal and tribal interests are continuing shoreline restoration work where the Brown Bridge Dam pond was drawn down and the river returned to its historic channel. Removing the dam created an opportunity for a much longer paddle trip without a portage, adding roughly 12.5 miles down to Boardman Dam which is slated to be removed in 2015. That’s a nice four to five-hour paddle.

Anglers will also gain additional access to water when Little Brevort South State Forest Campground is reopened for boat-only access this spring. Little Brevort Lake is a popular place to fish for walleye, bass, crappie, perch and bluegills. But boat motors are not allowed and it is a long trip across the lake without one.

Access and camping is already allowed on Little Brevort North State Forest Campground. Little Brevort South is being opened to give anglers and boaters easier access to the southern shoreline.

That the DNR is moving to open these rustic campgrounds, and is giving more attention to the needs of equestrians and paddlers, is a welcomed development. And it appears that there is a lot more to come.

But the big question ahead may be more uncertain. That is: When will the snow and ice finally melt?