Snowshoeing on ungroomed winter trails in Michigan forests can provide an excellent day of exploration in the woods. Photo: Howard Meyerson

Last year was full of interesting developments: The endangered Kirtland’s warbler was reported to have made a comeback, Lake Michigan salmon were huge but proved less plentiful, the DNR moved to reopen some state forest campgrounds, camping participation climbed at Michigan state parks, and deer hunting proved a hit and miss proposition for hunters, though the incidence of Epizootic Hemorrhagic Disease (EHD) was down from 2012.

Only seven deer in six counties were diagnosed with EHD. State wildlife officials estimate a total of 100 to 400 deer may have died, far fewer than the 13,000 in 30 counties in 2012.

Now that the New Year is upon us, what lies ahead looks just as interesting. Expect developments in a variety of areas, from hunting and fishing to parks and trails. Here’s a look at a few things on the horizon:

Coho on the Grand: Look for a bigger fall run of coho salmon on the Grand River in 2014. The DNR revised its stocking plan in 2013. Fewer hatchery coho were planted at Lansing. Far more were planted downstream at Lyons and the Rogue River in Kent County. More cohos are expected to return to the river next fall from Lake Michigan.

Parking lots will be plowed at all but one Upper Peninsula site. You can see a complete list of cross-country ski/snowshoe trails on the DNR website at: Michigan.gov/dnr. Just click camping and recreation in the left column, and then scroll down to the link under events. 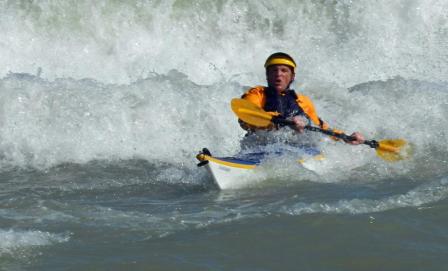 Management program gave water trail planning grants to local communities in 2013. You can find maps of the trail online at the Lake Michigan Water Trail website: lmwt.org. A second annual Great Lakes Water Trail Conference is scheduled for May 15-16 at the Saugatuck Center for the Arts. The web link for that is on the same site.

New Fish Consumption Advisories: The Michigan Department of Community Health will be coming out with new fish advisories this year. Agency staffers are working on a new format and approach to developing the advisories that let people know what fish are safe to eat and where caution is due.

Lake Huron Atlantic salmon: Lake Huron anglers are excited about the possibility of having an Atlantic salmon fishery.State fisheries managers now head into their second year of stocking Atlantics on the lake at four different locations. Approximately 100,000 were stocked in 2013. None turned up in the 2013 catch, but those stocked last spring are expected to show up in the fishery this spring when another 130,000 will be planted at the same locations: the St. Mary’s River, Alpena/Thunder Bay, the Au Sable River and Lexington. 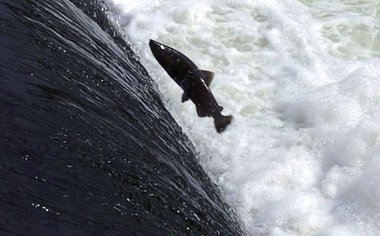 the measures they use to evaluate whether to lower the limit to three per day, didn’t warrant dropping the limit in 2014, despite the drop in salmon numbers. The nuts and bolts of how that decision is made will be revisited this year by the members of the Lake Michigan Citizens Fishery Advisory Committee who questioned the degree that science shapes the decision versus social factors. Look also for further inquiry to into the state of forage fish in Lake Michigan.

Rifles in the shotgun zone: Some hunters have pushed to allow the use of rifles in the lower part of the state that has been long-designated as a shotgun zone. Rep. Matt Lori, R-Constantine introduced a bill last year, HB 4283, to make that happen. If passed, the rules would change the shotgun zone to a “limited firearms area” and hunters would be allowed to use a .35 caliber or larger rifle with straight-walled cartridges that have a minimum case length of 1.16 inches and a maximum length of 1.8 inches. The ammo is already permitted for pistols that are used for hunting there.

Michigan United Conservation Clubs supports the bill, but the DNR opposes it. It was voted out of the Senate Committee on Outdoor Recreation and Tourism in November. Further action is expected this year.

Easy road-kill dinners: Sen. Darwin Booher, R-Evart is trying to make it easier for people to pick up road-kill without having to get a DNR salvage permit first, so he

introduced SB 613 to streamline the process, and to allow the use of roadkill deer for bait when hunting. State wildlife officials say the change isn’t needed. They have been working on a rule change that would allow deer to be used as bait during a hunting season when picked up by a licensed hunter. The Natural Resources Commission approved that rule Thursday. Hunters and non-hunters are already allowed to pick up deer for food if they get a DNR salvage permit. The bill sits in the Senate Natural Resources, Environment and Great Lakes Committee

Antler point restrictions: This topic has been heating up. It is likely to get hotter this

year as the DNR explores the question of whether to restrict deer hunting in southern Michigan and additional northern counties by adopting rules that would require hunters to shoot only deer that have three or four antlers on a side. The initiative was pushed by a group called the Lower Peninsula Deer Management Initiative. Needless to say, it is controversial. Stay tuned.