Smaller shot to be required at two game areas 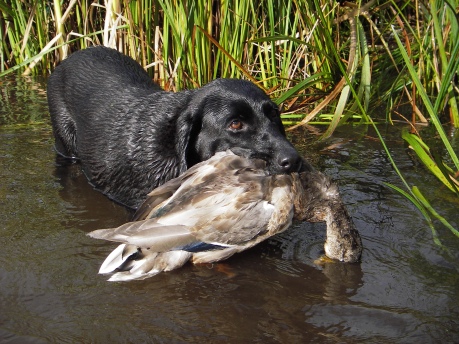 Smaller shot sizes will be required at two managed waterfowl hunting areas this fall if a proposal calling for No. 1 shot, or smaller is approved by the Natural Resources Commission for safety reasons.

Larger, triple-B shot has been allowed, but hunters at those game areas have grown concerned about safety due to the close proximity of the hunting zones.

“We had a couple of incidents last year and the Harsens Island and St Claire Flats groups came and asked if we could look at shot-size, said Joe Robison, the Michigan Department of Natural Resources wildlife supervisor for southeast Michigan. “One hunter had to go to the hospital after shot penetrated his skin.”  “This is going to improve the area and make hunting safer.”

The proposed change was submitted to the NRC on June 14. Action is expected on the rules in July.

Triple B shot has been allowed for hunting geese. The larger shot travels farther and packs harder punch. But most hunting at those two game areas is for ducks. There are very few geese to shoot according to Barb Avers, the DNR’s waterfowl specialist.

The shot change is part of a package of early waterfowl season recommendations to be acted upon in July. Another is to liberalize the jack snipe and rail seasons.

That proposal calls for opening the season on September 1 rather than September 15 and allowing hunters to take 25 sora or Virginia rails daily, up from the 8-bird limit now. Hunters would be allowed to have 50 in possession.

The snipe daily bag would remain 8 per day, or 16 in possession, but the season would be longer for both snipes and rails.

“There isn’t a lot of hunting opportunity prior to September 15 small game opener other than the early goose season,” Avers said. “The federal framework allowed 25 rails so we figured why not take advantage of it and offer more hunting opportunity early in the season.”

Snipe and rail hunting is more popular in southern states than in Michigan. Both are shallow wetland birds that can be hunted with a dog, or without.

Snipe hunting was enjoyed by approximately 2,100 Michigan hunters in 2010, according to federal records. Those hunters harvested approximately 5,200 birds. That was half the number of hunters that pursued them in 2009 when 4,200 hunters shot 4,700 snipes.

Rail hunting is far less popular. Only 200 Michigan hunters reported going after them in 2010. None was successful. Approximately 100 went out for rails in 2009. Federal records show they harvested 100 birds that year.

The proposed rule package also recommends that the early goose season and youth waterfowl season continue to open on the same dates as years past. The youth hunt will take place on the third weekend in September.

Michigan’s resident goose population, those targeted in the early hunting season, is increasing, according to Avers. The mild spring weather and good habitat conditions made for good nesting success. The population is estimated between 176,000-200,000 geese.

Hunters killed an estimated 84,000 geese statewide during the 2010 early season, according to state records. Approximately 20,000 participated. Michigan has about 35,000 goose hunters. Their harvest during all 2010 seasons totaled about 200,000 geese.