Lake trout rules on Lake Huron to be eased

The 2004 disappearance of Lake Huron alewives may have put Chinook salmon fishing on the rocks, but state officials say that catastrophe proved a boon for native lake trout. 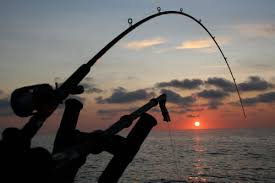 So much so that Michigan Department of Natural Resources staffers are proposing to liberalize lake trout size limits in northern Lake Huron.

“This is going to translate into happier fisherman who won’t have to release so many lake trout,’ DNR fisheries chief, Jim Dexter, said of a proposal that went to the Natural Resources Commission in May and will be acted upon in June.“They will be able to take more of the fish home.”

The proposed regulations still limit anglers to three fish per day, but the minimum size limit would be 15 inches in MH1 and MH2, the northern lake trout management units on Lake Huron. The change would bring northern waters in line with southern waters which already have a 15 inch limit.

Law enforcement also is expected to be simpler. There will be no arguing about where a management unit begins or ends.

MH-2, from Presque Isle south to Black River, currently has a 22-inch minimum size. The change would allow anglers to keep smaller fish.

MH-1, from Detour south to Rogers City, has a 10-inch minimum and a 24- inch maximum size limit with one 32-inch or larger fish allowed. The proposal eliminates the maximum size and raises the minimum size, which area anglers say is fine.

“Most of the fish we catch there are 24 inches or larger,” said Frank Krist, the chairman of the state’s Lake Huron Fishery Citizen’s Advisory Committee. “There are only a few that are 13-inches or 14-inches. Those smaller fish are somewhere else in the lake at that time.”

The changes would have other benefits as well. Anglers often prefer to eat smaller fish, according to Krist. More young anglers would be able to take fish home.

Release mortality is also expected to lessen. Lake trout are a deep-water species. They have trouble regulating their air bladder when they get pulled up quickly. Sub-legal fish often die as a result.

“There has been quite a bit of concern expressed that small fish die when they let them go,” Krist said.

Taking smaller fish would also reduce angling pressure on large spawners in MH-2 where the legal size is now 22 inches.

“This is one of the least controversial regulations around,” Krist said.

Todays booming lake trout numbers are the result of the alewife collapse, according to Dexter. Alewives disappeared after zebra and quagga mussels filtered out the small aquatic organisms alewives feed upon. Researchers say alewives largely starved to death and those that survived were eaten by Chinook salmon.

Once the alewives were gone things got better. Lake trout are opportunistic feeders unlike Chinook salmon which eat only alewives. Lake trout numbers began to improve as their reproductive success started to climb.

“The increase (in lake trout) is directly related to the loss of alewives,” Dexter said. “Those alewives contained an enzyme called thiaminase which reduces the survivability of the lake trout eggs. Now that the alewives are gone, we are seeing much greater survival.”

If approved, the proposed change would go into effect this summer. State officials say they plan to reach out to the angling public and inform them because the 2012 fishing guide contains the current rules.

Lake trout harvests on Lake Huron are subject to limits established in a consent decree between the state of Michigan, the United States of America and five tribal governments.

Krist, also a board member for the Hammond Bay Area Anglers, said the decree allows tribes to take 88 percent of the lake trout allocation in MH-1. Recreation anglers get 12 percent. That recreation allotment is expected to be about 35,000 pounds of lake trout.

Tribal members get 2 percent in MH-2. Recreational anglers get the rest.

After more than 30 years in the outdoor writing business, you would think I'd know better.
View all posts by Howard Meyerson →
This entry was posted in Uncategorized and tagged DNR, Fishing, Lake Huron, Lake Trout. Bookmark the permalink.