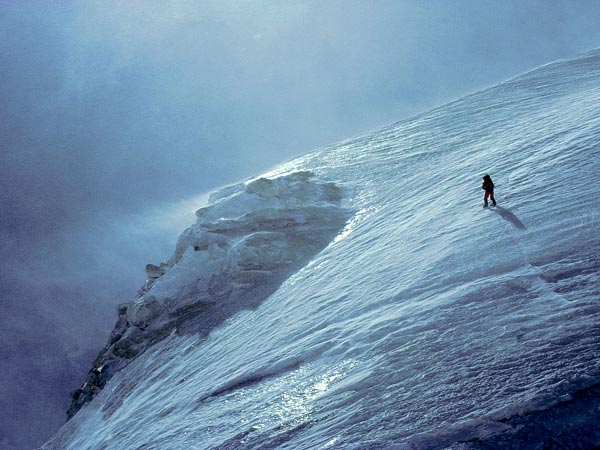 Dry and windy conditions that transformed a normally snowy route into an icy one has forced a  National Geographic team to call off their attempt to climb the rarely climbed West Ridge of Mount Everest. National Geographic reports today that its team planned to climb the West Ridge and Southeast Ridge as part of a joint expedition with North Face to commemorate the 50th anniversary of the first US ascent of the highest mountain in the world. The Southeast ridge will be attempted later this month. Read More:  First ascent.