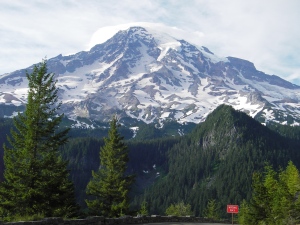 It is happening all across the country: Creeping commercialism is becoming a part of the landscape at state and national parks. More of those entities are turning to corporate sponsorship to help support parks in light of shrinking budgets.

That in itself is not all bad. However, it can be a dangerous and slippery slope. A bottle ban proposed last year for Grand Canyon was almost overturned after Coca-Cola approached the Park Service with their concerns. Coca-Cola is a sponsor. The national watchdog group PEER, Public Employees for Environmental Responsibility, has since called for transparency in the relationships between the National Park Foundation and its corporate sponsors.

Today there is this editorial by National Parks Traveler about further steps that raise questions: Read more: Park Foundation Erred

After more than 30 years in the outdoor writing business, you would think I'd know better.
View all posts by Howard Meyerson →
This entry was posted in Uncategorized and tagged Mt. Rainier, National Parks. Bookmark the permalink.